Someil is once again one of the companies from Leiria District at the top 500 in exports in 2018, climbing 40 positions compared to 2017, according to the newspaper "Região de Leiria", October 31st, 2019 edition.

It is once again the recognition of Someil as a company oriented to exports, where 80% of its production is to countries such as France, Germany, England, Switzerland, Denmark, Canada. 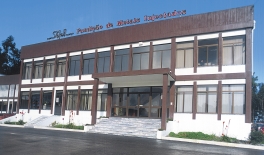